The only F&I school offering ACE compliance certification in an instructor-led format.

What is this course?
This five-day course is taught at the Automotive Training Academy’s state-of-the-art training facility in The Woodlands, TX and Chicago, IL.

Who should take this course?
Business managers of all skill levels should attend this course.

Why should I take this course?
The interactive nature of this course delivers a "turn-key" business manager who can communicate an exceptionally profitable and compliant F&I presentation.

What will I gain?
Attendees will develop the skills and knowledge to: Prerequisites:
Online class pre-work
Business Manager Information Worksheet

What is this course?
The f&I Masters course is a three-day interactive course that brings the business office to the Internet Customer and demonstrates how to work with today’s Internet based customer. In addition, a heavy focus is placed on responding to customer payment and product objections.

Who should take this course?
Any Business Manager, Internet personnel or Hybrid salesperson, regardless of experience level should attend this course.

Why should I take this course?

Today’s business manager is facing a different type of customer and the Advanced F&I Workshop will polish the skills needed for this savvy customer.

What will I gain?
Attendees will develop the skills and knowledge to: Prerequisites:
None 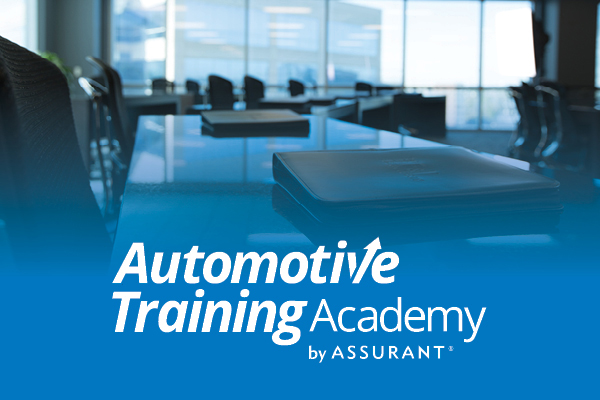 Dwayne Wiggins began his automotive career in 1988 at a Houston-area dealership, and has been an invaluable member of the Automotive Training Academy team for the past 11 years. Throughout his 27 years in the industry, Dwayne has held the positions of Sales Director for both New and Pre-owned, Sales manager for both new and pre-owned, Salesperson, Assistant fleet manager, and accessories department head.

Dwayne is a Three time recipient of the AFAS trainer of the year award and has received numerous sales awards throughout his career that include multiple Chevrolet Legion of Leaders and Chevrolet Truck Honor Club awards, Mazda's Presidents Guild award, and the Houston Auto Show Salesman of the Year Award.

Dwayne's goal is to provide skills and direction for the next generation of automotive professionals. He hopes to inspire his students to achieve the same type of success that he has been able to enjoy throughout his career.

Ritch Wheeler began selling vehicles in 1994 while attending Baylor University. During this time, Ritch developed a passion for the automotive industry and upon graduating in 1995, he decided to make it his career. Throughout his time in the retail side, Ritch has held positions within the dealership such as salesperson, finance director, sales manager, and general sales manager.

After 12 successful years in the retail side, Ritch made the decision to become a consultant and was recruited to work for American Financial & Automotive Services, Inc. In 2006, Ritch started as a Dealership Development Manager and was later promoted to Regional Sales Manager. Currently, Ritch is serving as the Vice President of Training where he oversees all aspects of the Automotive Training Academy and F&I University. Ritch understands the need for the automotive industry to evolve with today’s customer and is well versed on incorporating the many facets of digital retailing into the dealership. Ritch regularly speaks at 20 Group meetings, State Association meetings, and industry conventions across the country.

Joe Porter began his career in the automotive industry in 1996 selling vehicles in Ft. Myers, Florida. Over the next several years, Joe parlayed his sales success into leadership opportunities on the variable side of the business. He took on various leadership roles such as F&I manager, new car manager, and general sales manager. Joe became a general manager for the first time in 2000.

In 2004, those successes led to Joe being recruited by General Motors to help launch their Standards for Excellence program in the southeastern part of the United States. His main responsibilities with the launch included facilitating, measuring, and coaching processes in various GM dealerships. In 2008, Joe moved to Gulf States Toyota to assist with their Signature program in Dallas, Texas. He was then promoted to district manager with the Gulf States Financial Services arm of the Freidkin Companies in 2011 for their Houston market; the largest market in their region.

In 2017, American Financial & Automotive Services, Inc. welcomed Joe and his 21 years of vast experience to their award-winning Automotive Training Academy. He brings a wealth of knowledge in all variable operations, from the retail to the wholesale side, to the training team.

Among many industry certifications and recognitions throughout his career, Joe is ACE Certified and AFIP Certified in F&I compliance. He and his wife of 19 years, Wendy, reside in Spring, Texas with their two children.

Trent White has been working in the automotive industry for nearly 30 years. In this time, he has served in numerous dealership positions including Sales Professional, Sales Manager, General Sales Manager, F&I Manager, and F&I Director. His unique experience has provided Trent with the knowledge and skills needed to help dealerships achieve their successes. Trent’s passion for automotive excellence is evidenced by the prestigious awards and honors he has received, such as the Leadership Dynamics Award and top Development Award’s. In 2014, Trent began working with American Financial & Automotive Services, Inc. where he currently serves as the Development Manager for the Automotive Training Academy (ATA).